Castelsardo, in the province of Sassari, is a small jewel of northern Sardinia that is reflected in the Golfo dell’Asinara.

Founded by the Genoese Doria family in 1270, the small village lived for three centuries under Spanish domination, a period in which it was called “Castelaragonese”. In 1720 it was regained by Italy by the Savoy, becoming definitively Castelsardo.
The original core of the village was built around the Castello dei Doria, still perfectly preserved and seat of the Museo dell’Intreccio Mediterraneo, which can be visited all year round. The castle stands on the top of the promontory and watches over the colorful houses and narrow alleys on its slopes.

Thanks to its naturalistic beauties, the medieval nucleus, the typical products and the craftsmanship, Castelsardo represents one of the most suggestive tourist places in Sardinia, absolutely not to be missed! 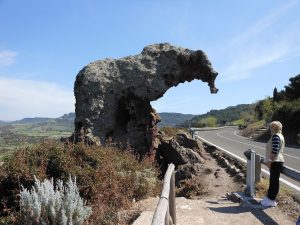